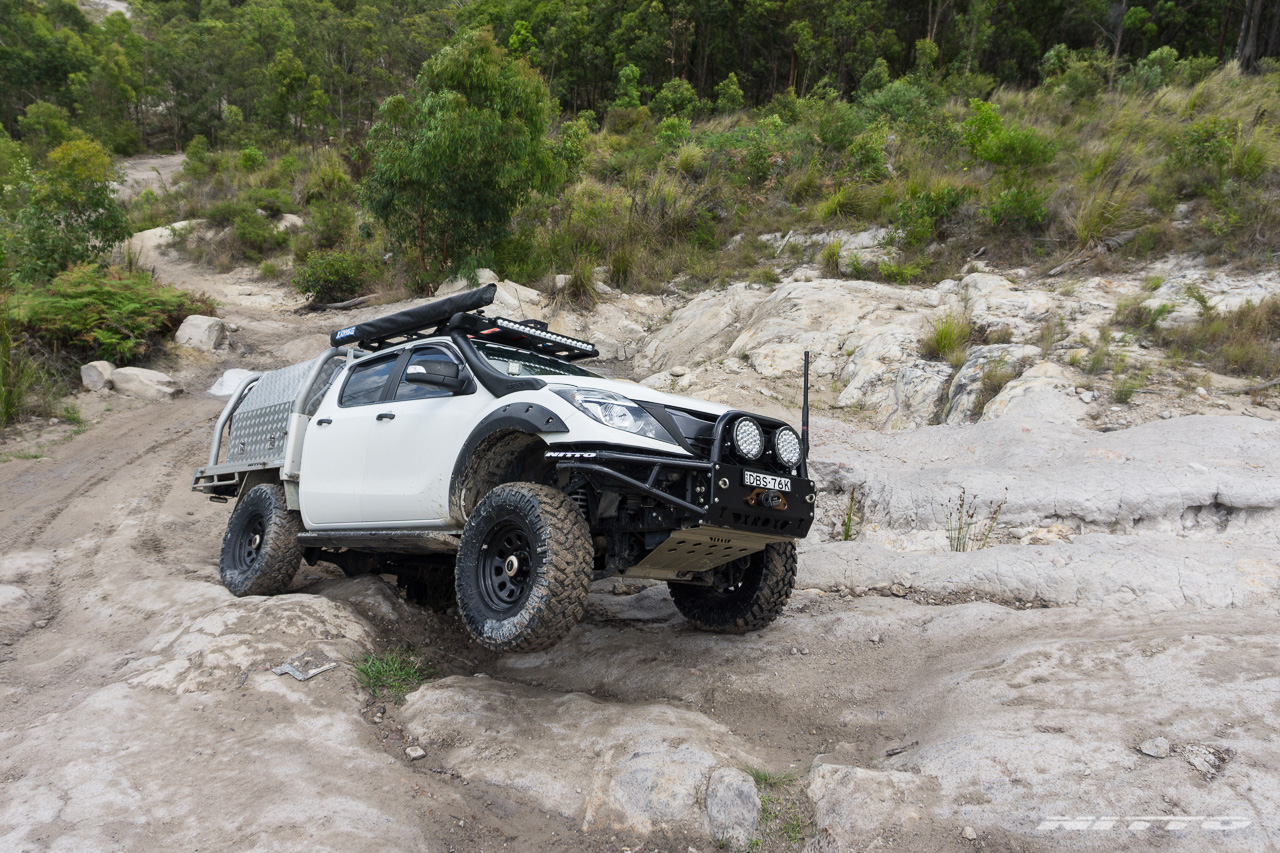 4x4 utes have been a mainstay of Australian motoring for decades but with the recent explosion of the dual cab segment as both standard daily drivers and feature-packed platforms for modification, it’s no surprise that keen off-roaders like Corey Longman are harnessing this potential to create capable tourers that are just as comfortable on sealed roads as they are in the tough stuff.

“Previously, I had a lightly-modified D40 Navara king cab,” begins Corey. “We were looking to get into some tougher tracks and weekends away with a growing family, so we grabbed a new Mazda BT-50 GT dual cab in 2016 with plans to use it as a work car that had everything we needed to get away with the little one, but things quickly snowballed from there.” 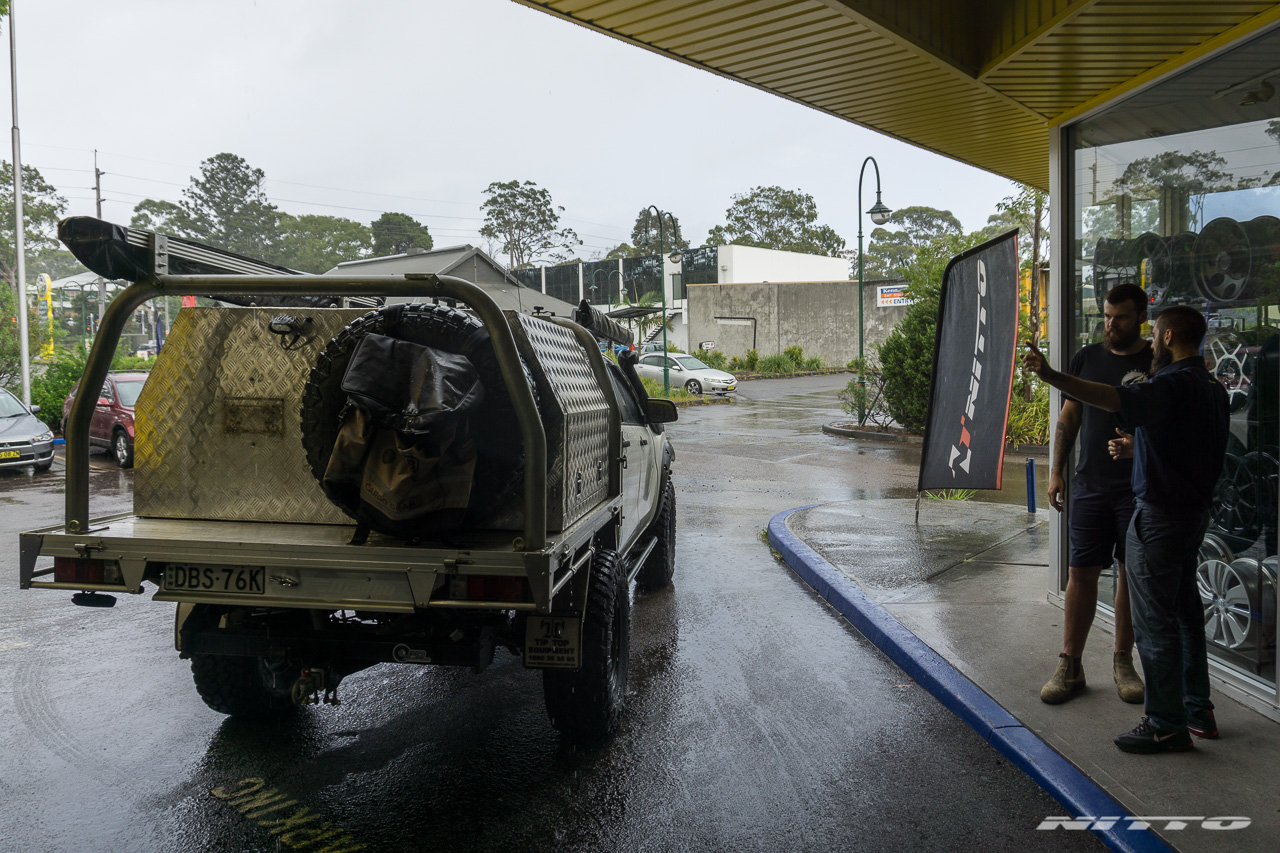 “When I first bought the car, I took it to Bob Jane Erina (also known as Js Motorsport) to see Joel,” Corey continues. “I met Joel about 7 years ago when I was buying my first set of mud tyres and the friendship grew from there to the point that we started hanging out outside of the shop. He’s looked after me with great advice on every set of tyres since, including for my friends, family and even clients! Anyway, he wanted me to try these things called Trail Grappler M/Ts from Nitto in a 35x12.50R17 and at the time, I didn’t really know anything about them, but I trusted his opinion, so we bolted them up.” 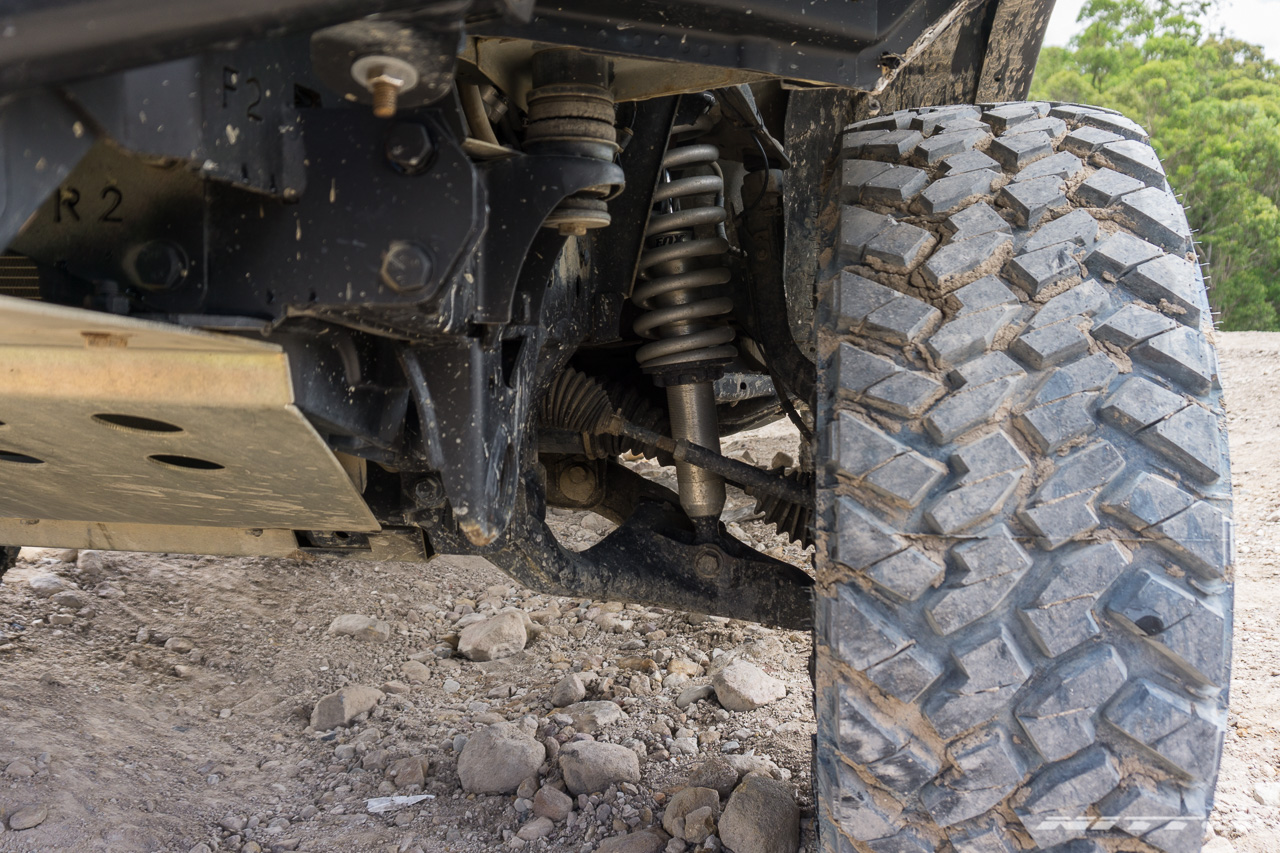 “At first, no one thought they were going to work, but we persevered and MADE them work,” says Corey with a cheeky smile, “basically building the car around the 35x12.50R17 Trail Grappler. We chopped a little bit out of the back of the guard, removing some honeycomb blocks and a bit of guard work, then tried a few sets of suspension before settling on Fox 2.0s from Ol Mate 4x4 front and rear to keep the comfort there while providing a bit of height. We set them at about 2.5-3-inches of suspension lift to make sure it still had down travel with the IFS and then added a 1-inch body lift to give it a bit more room for the 35s.” 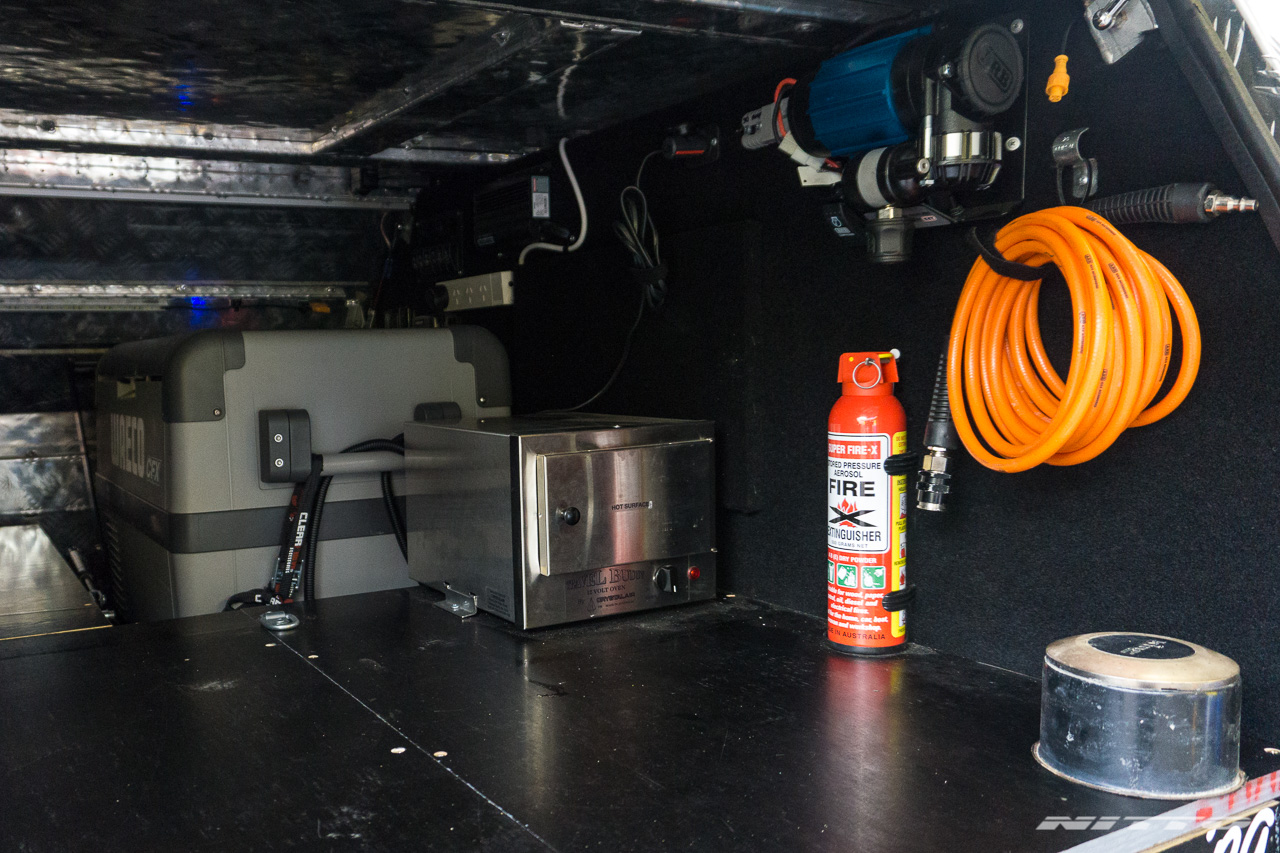 “Next was a nice open XROX front bull bar to maximise approach angle and heaps of lights from LED Light Bars Australia for night driving, and just because they look cool really,” he says through laughter. “Then I focused on the canopy, using a standard aluminium off-the-shelf item with a full custom fit out, putting in a drop-down fridge slide with a Waeco CFX50, a 120A lead crystal battery running off a 40A BCDC charger, some drawers, compressors, fishing rod holders, a pie oven and everything else we need to get away. I added a couple of awnings too, so now we can just chuck a rooftop tent on or grab a swag and she’s good to go for the weekend.” 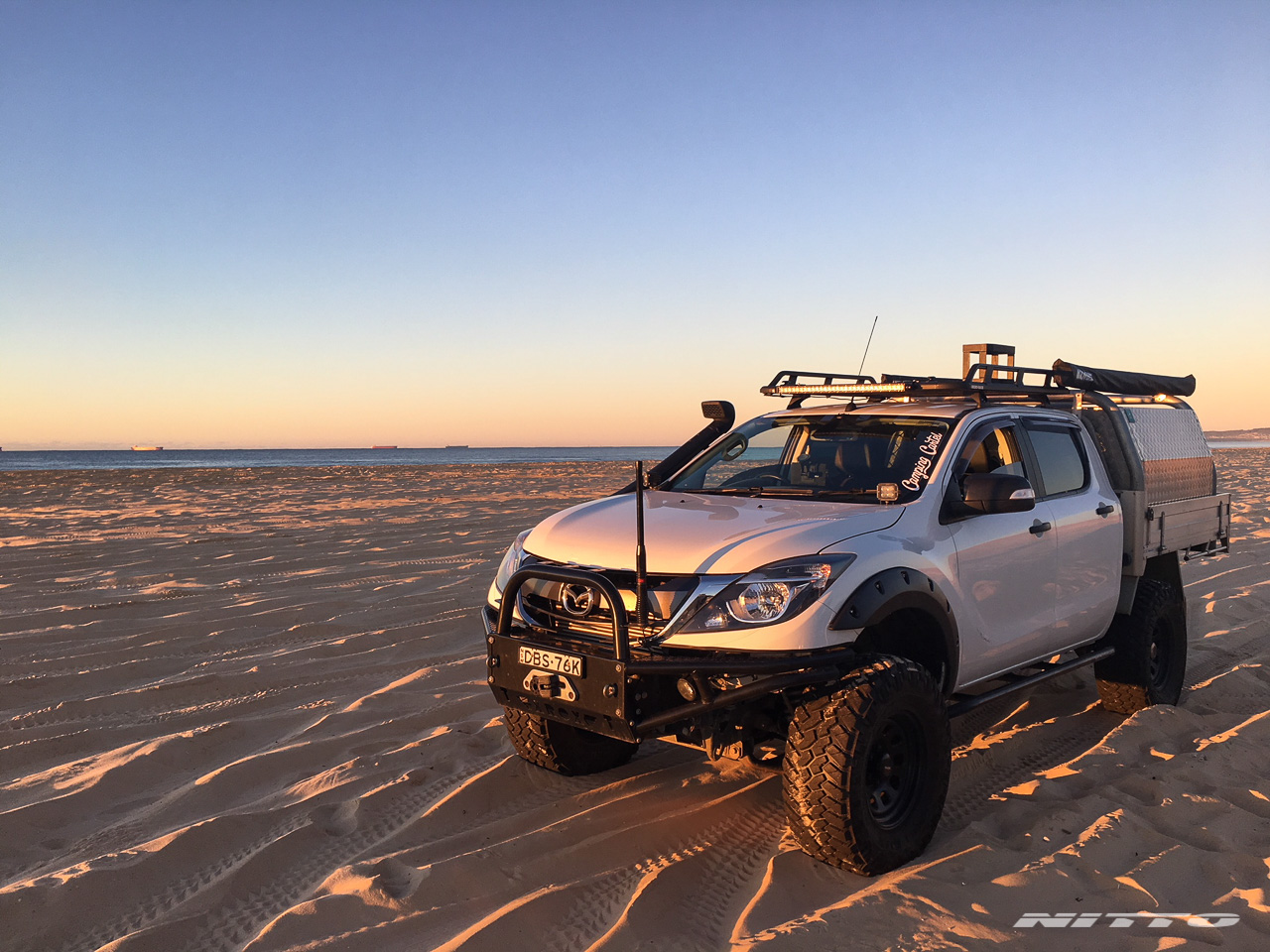 “When we settled on the 35-inch Trail Grapplers, I was a bit worried about the noise and on-road performance but as soon as I pulled out of the shop, I noticed that they’re just quiet,” Corey comments. “They’re unlike any other mud tyre I’ve had and on top of being quiet, they’re strong and a really good looking tyre. In the wet, they’re super good on the road, especially around roundabouts and everything like that. Off-road, mud, rocks, sand, anything, they just eat it up like it’s nothing!”

“My last set of Trail Grapplers were on the car for about 60,000kms of freeway driving, job sites, up and down rocks, mud, you name it, I’ve pretty much done it,” he adds. “Trip wise, they’ve gone to South West Rocks, they’ve been down to Bathurst, out to Newnes, Forster, McBrides, Ourimbah State Forest, Watagans, Killy, they’ve done it all. I rotated them for the first time in the last 2,000kms because someone told me I should but they were still perfect and I don’t think they needed it to be honest. They had plenty left in them too after I abused the hell out of them but I have a few big trips coming up in the next few months, so I decided to bolt up a brand new set and break them in out here on the Killingworth Loop straight from Bob Jane Erina.” 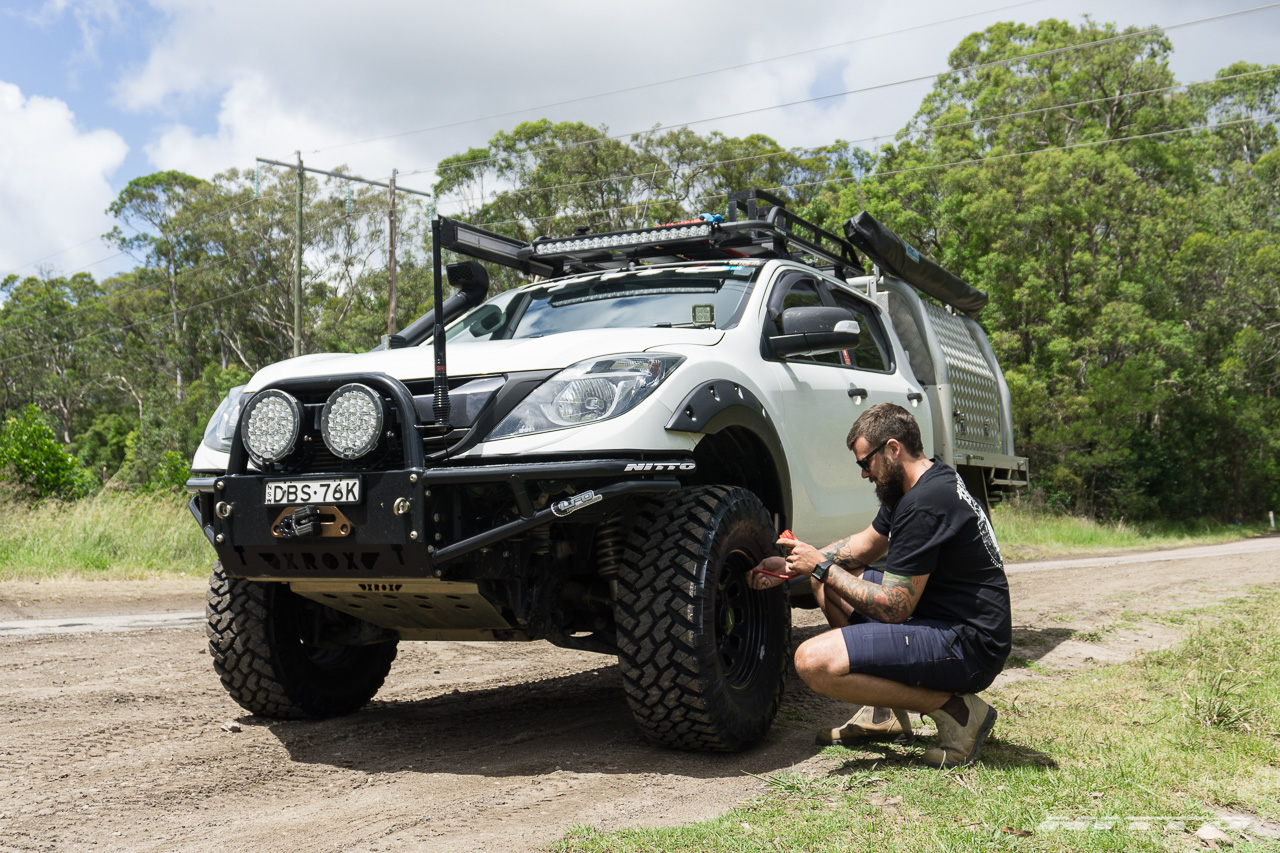 “Pretty much every time I drive the thing, people stop and look and ask questions,” Corey says proudly. “The biggest question I get is ‘how did you fit a tyre that big under there’ and what I think of having a mud tyre on a newer car, and I honestly can’t speak highly enough of these Trail Grapplers. They’ve never let me down and I’ve watched people around me get bogged, pop tyres, roll beads and just have dramas that I don’t. They’re great on the street and they’ve never let me down in the bush, and I don’t think they ever will.” 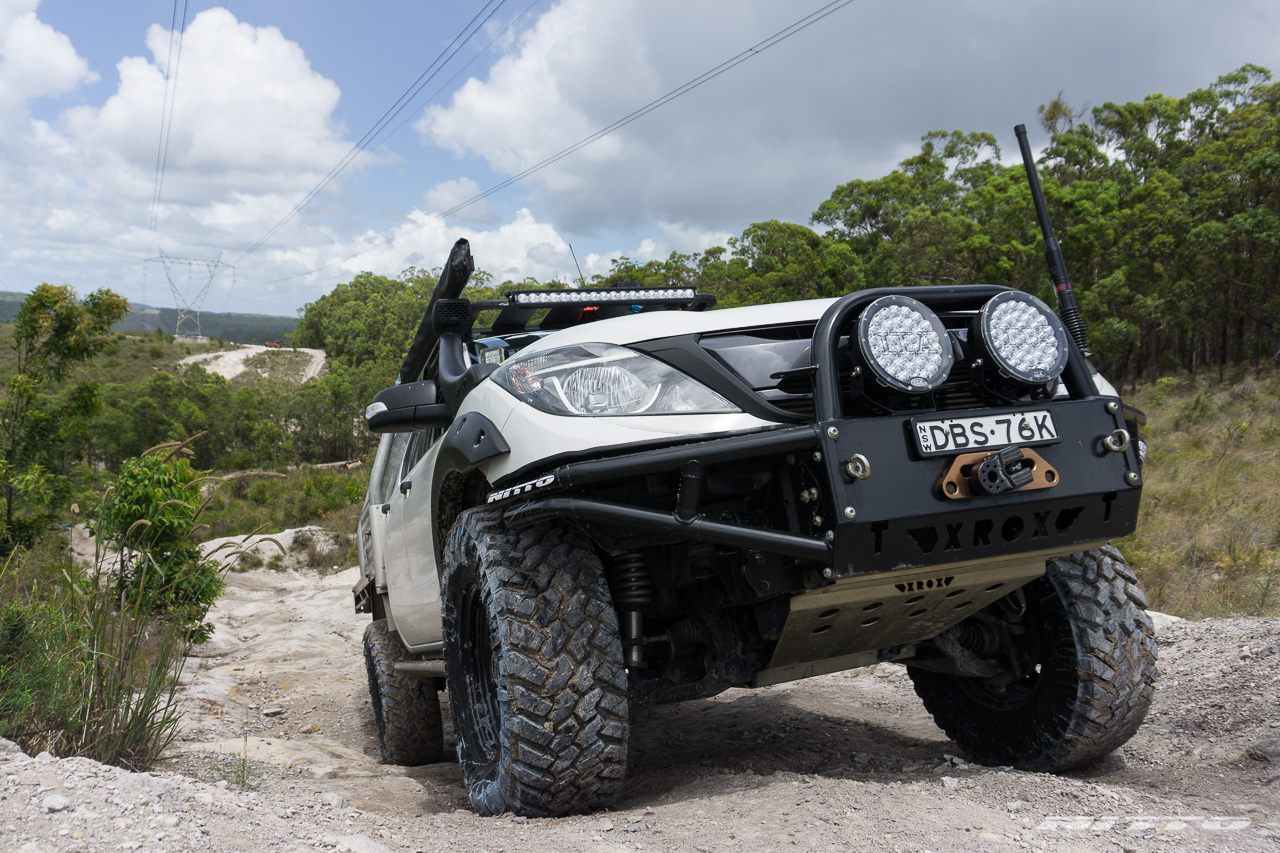 Reckon your rig gets Grapplin' pretty hard? GET IN TOUCH!