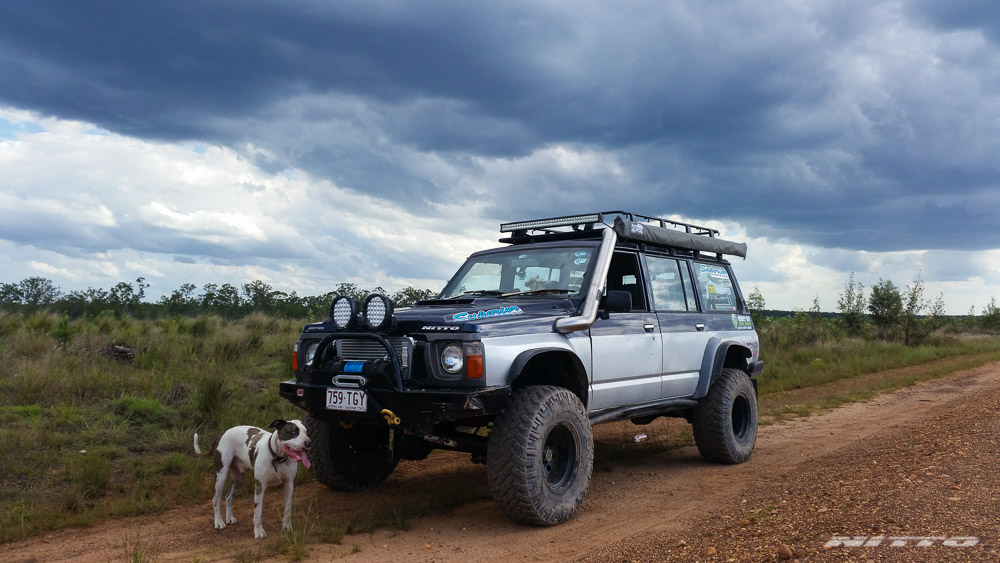 The mighty GQ Patrol holds a dear place in the hearts of Australia’s 4x4 community, representing a breakthrough moment that established Nissan as a serious competitor in the off-road market. 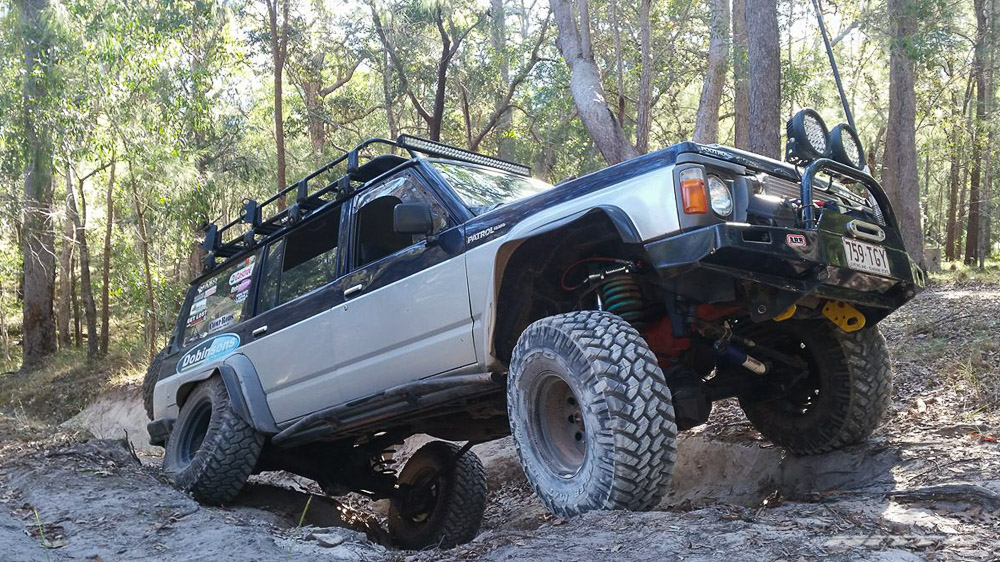 Featuring a highly-capable coil-sprung suspension system that provides superior control of its front and rear live-axle diffs, connected to a number of solid driveline options, the Y60 Nissan Patrol was a force to be reckoned with straight off the lot. 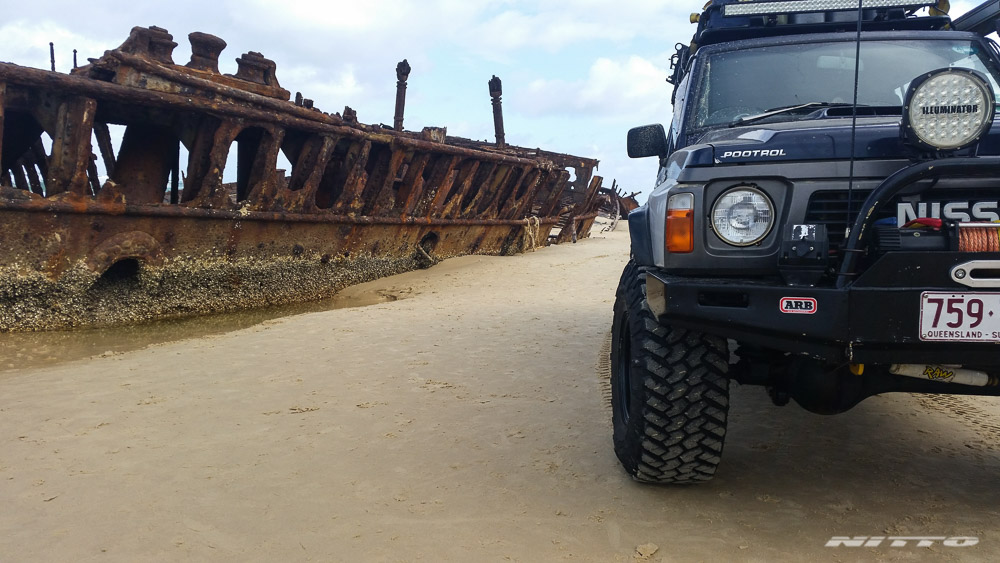 Flash forward through 3 decades of aftermarket support and you’ll find a fanatical following of 4WDers who revere this cult classic while recognising that they’re designed to get dirty, and that’s where die-hards like James Wroe come in. 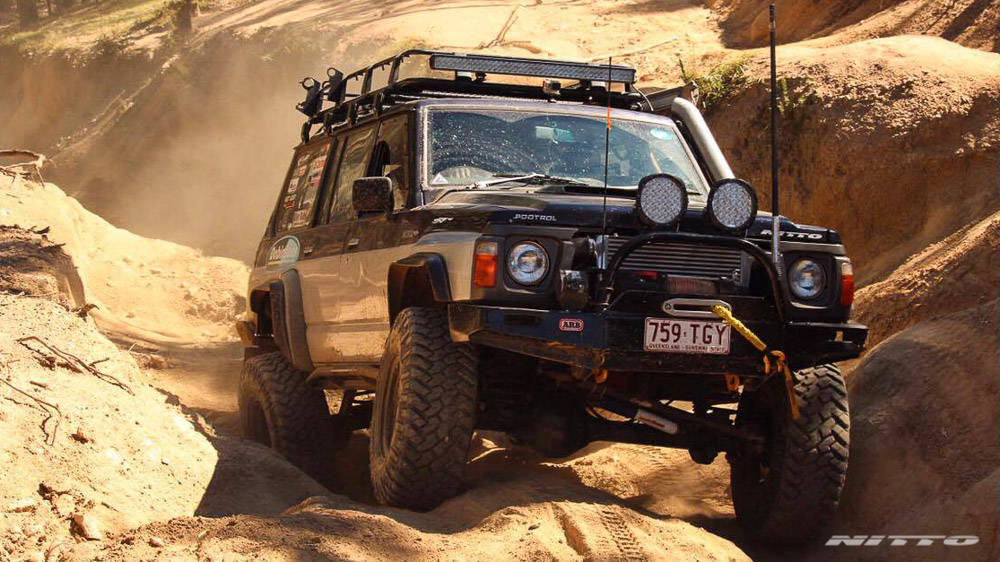 “I’ve owned my Pooey for about 3 years,” James begins, “and in that time, it’s had a cab swap, two motors and four different brands of tyre, with my Nittos being the best by FAR!”

“Setup wise, it’s just your regular 200hp TD42,” says James, downplaying the modifications required to get a bit of extra grunt out of the trusty 4.2L diesel straight six. “It’s got 4-inches of lift with Superior Engineering arms and shocks attached to some braced GU diffs with an ARB locker in the front and 315/75R16 Trail Grappler M/Ts hanging off the ends.” 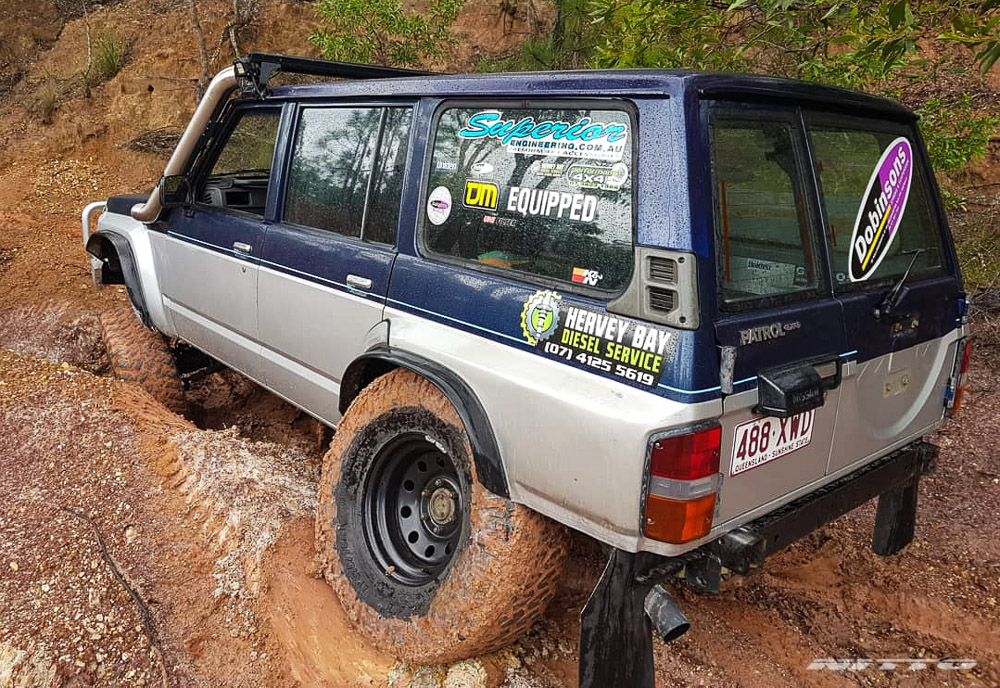 “I’m from Maryborough and haven’t travelled too far in it,” he continues. “I normally head to Fraser Island, Landcruiser Mountain Park, Kinkuna, Double Island Point, Kenilworth and Amarmorr Park. It’s mainly my daily driver but it still gets through some of the hardest tracks around.” 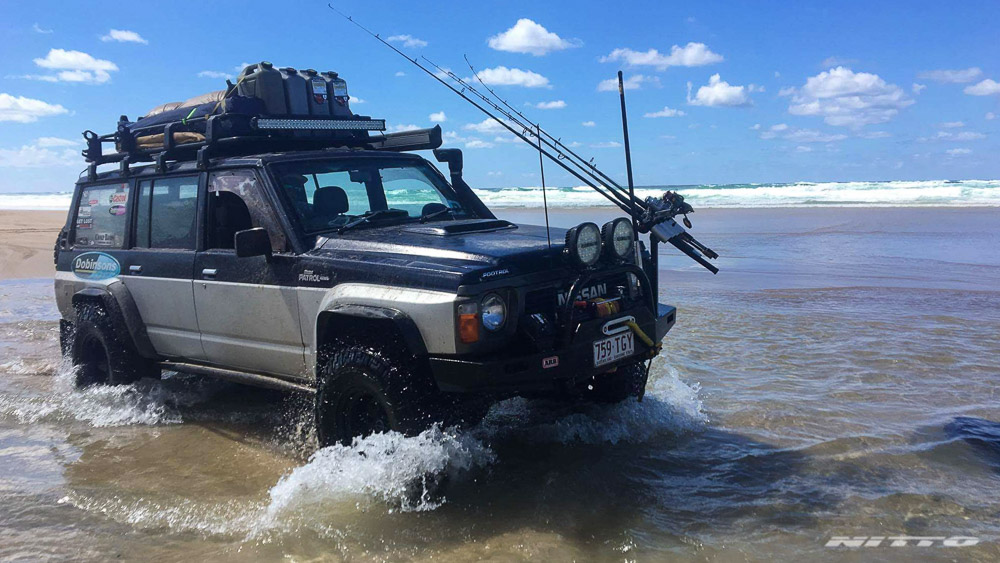 “The Trail Grappler M/Ts have about 30,000kms on them and they’re still going hard,” James exclaims. “Heading to Fraser Island for the long weekend, I was a bit worried about taking an aggressive mud tire on a sand island but they didn’t even struggle, I just set them at 20psi and they loved it!” 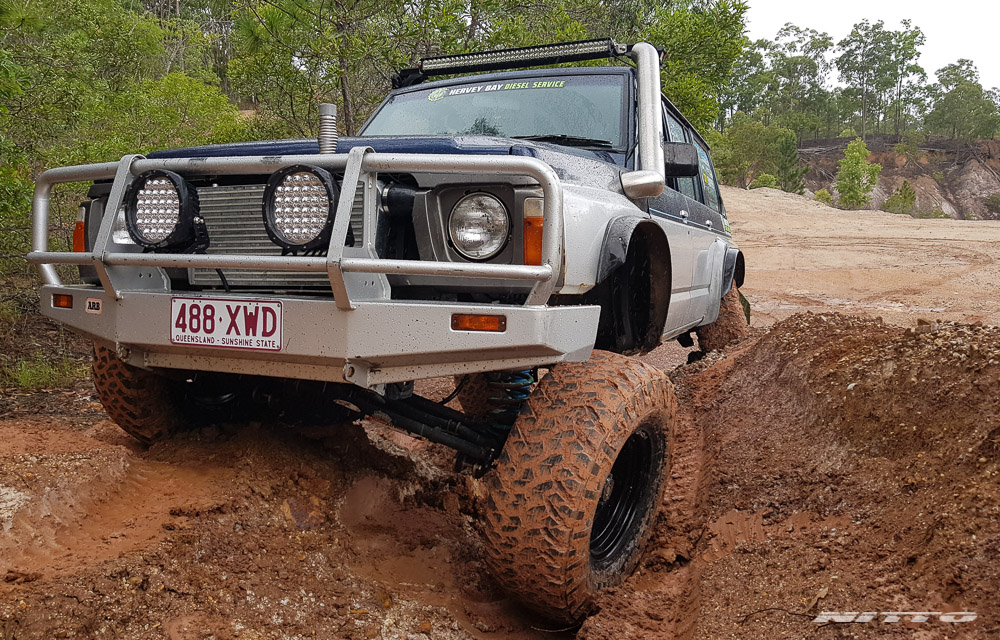 “I’ve just never had a problem with my Nittos,” he adds. “They love the real slippery stuff and I’ve driven them through freshly harvested hardwood with heaps of stakes and branches sticking up without a puncture. They have been mint!” 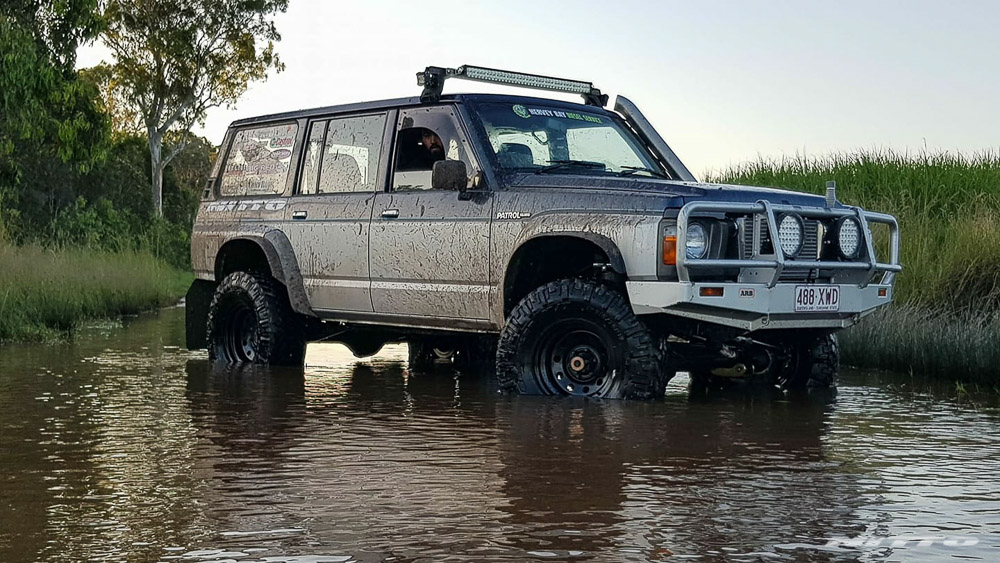 It’s pretty obvious that James like to put his Patrol to work and while things may get a little more extreme than Nissan intended at times, this sturdy steed has plenty of life left in it and will be lapping up Australia’s luscious landscape for years to come. 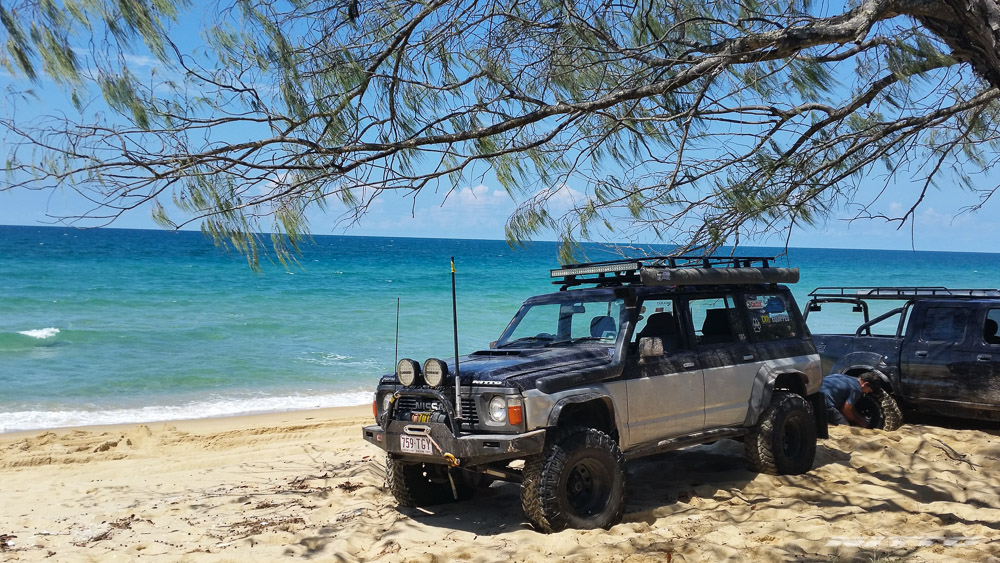