IS THE RIDGE GRAPPLER RIGHT FOR YOU? 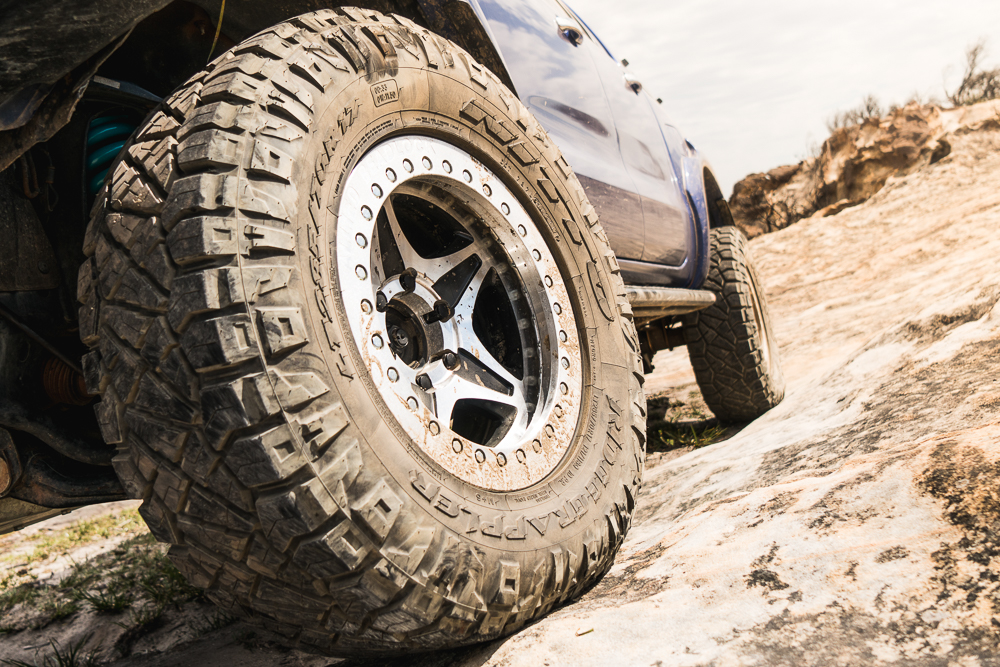 The emerging ‘hybrid’ category of tyres split the difference between A/Ts and M/Ts to give 4WDers more choice in matching their rubber to the terrain they like to tackle. When it comes to the Ridge Grappler specifically though, how does it compare to the legendary Trail Grappler and Mud Grappler M/Ts, and why might you choose this hybrid tyre over a mud-terrain or as a step up from the Terra Grappler A/Ts? 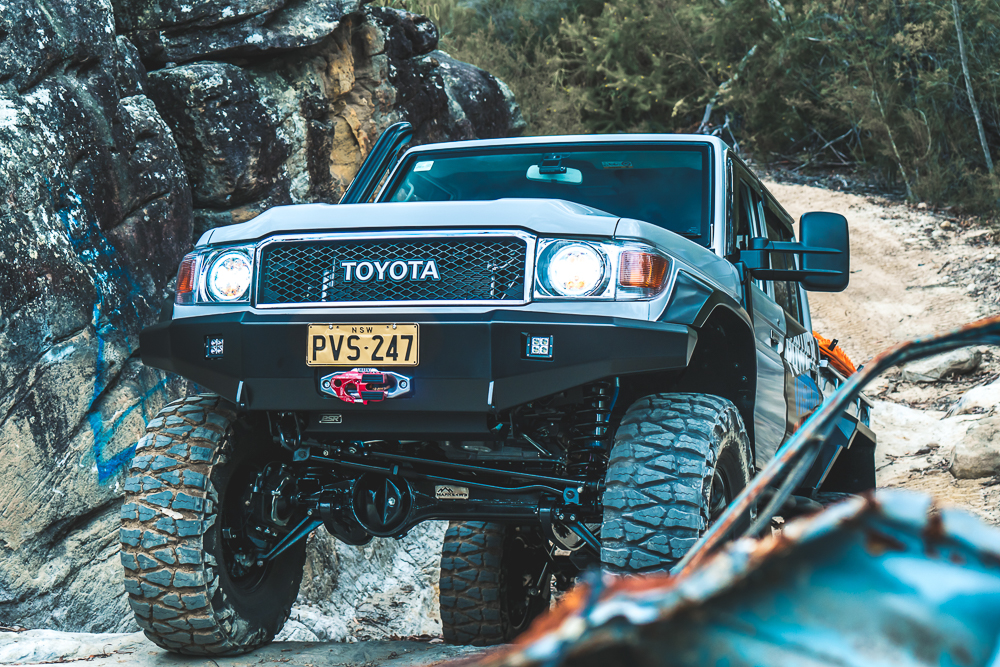 ‘Muddies’ sit at the top of the 4x4 tyre food chain, setting the highest standard for damage resistance and featuring the most aggressive pattern designs. Self-cleaning is the name of the game here, with larger muddy clumps forming in the large gaps between tread blocks being heavier and more likely to dislodge themselves, keeping the tyre’s tread clear. 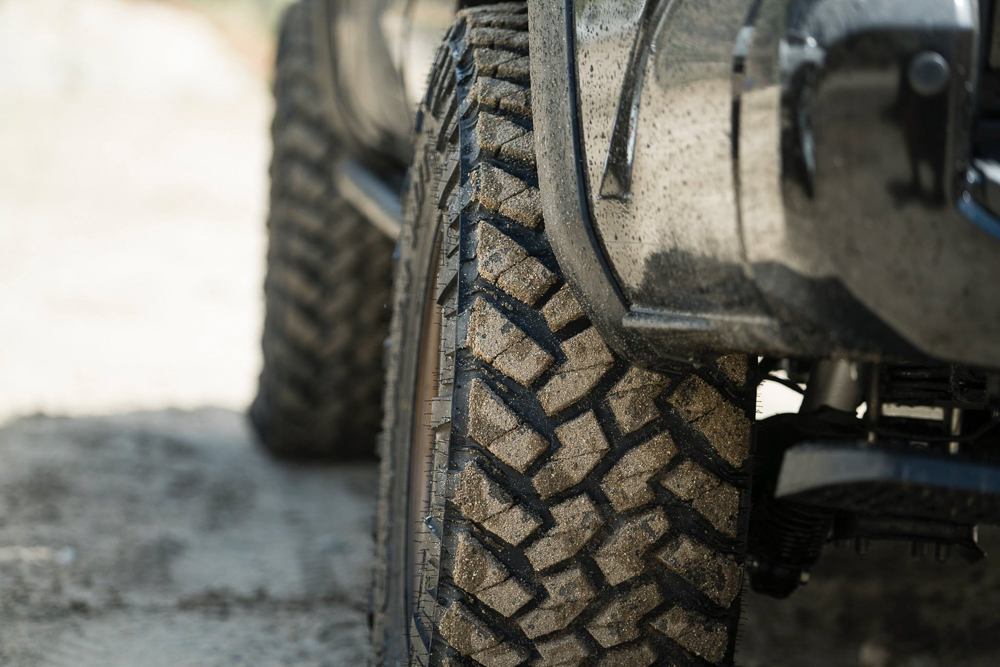 M/T tread patterns work wonders when digging for traction in the soft stuff but a lack of reinforcement between tread blocks means that the pattern can flex under extreme forces. Tread flex accelerates wear and from a driver’s perspective, it’s especially noticeable under hard acceleration or braking, also exhibiting as vague steering response due to a slight delay between driver input and the contact patch where the rubber meets the road. 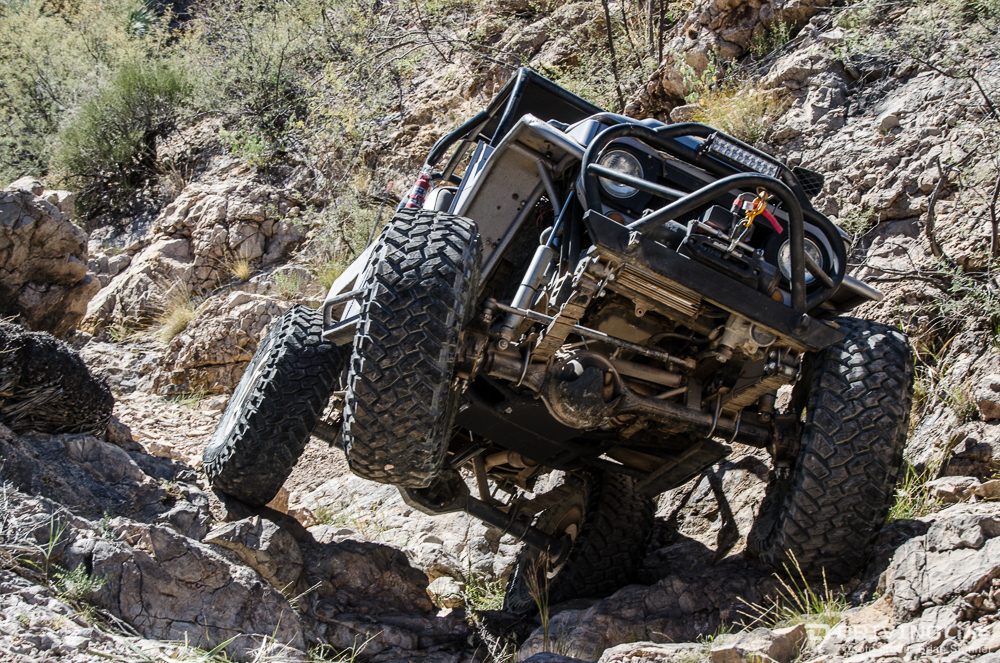 We can’t be too hard on muddies though, they’re designed for a very specific job, and who isn’t better at some things than others? Traditionally, 4WDers who needed as much puncture resistance as they could get were practically forced to accept the compromises of a mud-terrain tyre regardless of how much mud they planned on playing in, but not anymore. 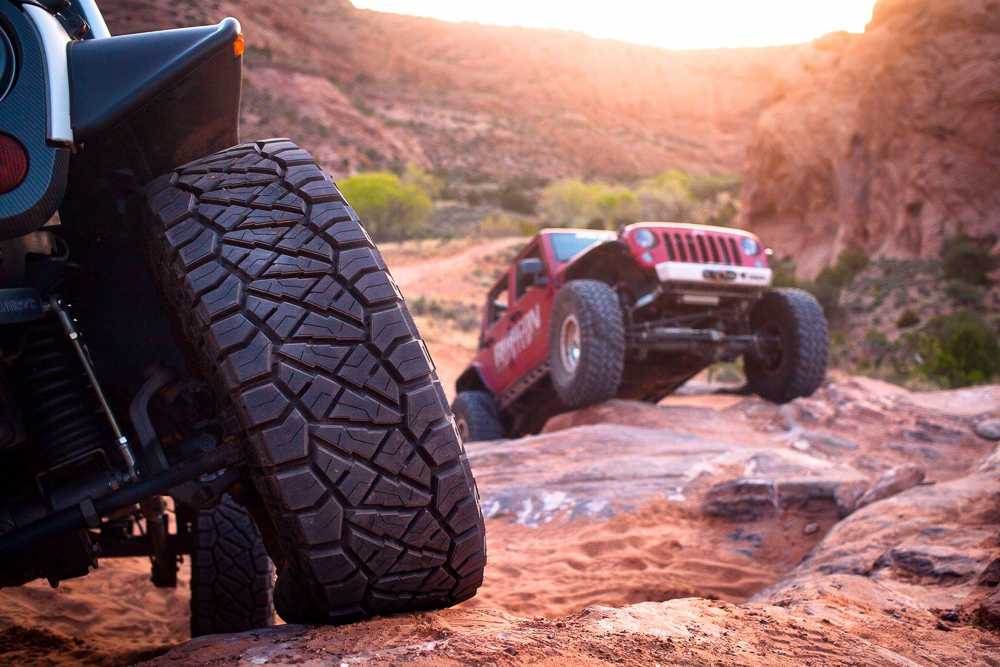 We kicked this discussion off with tread design as that’s where the Ridge Grappler really takes a leap forward. Large, open shoulder blocks similar to an M/T still achieve strong self-cleaning and traction while providing protection but the tighter centre tread design all but eliminates tread flex, meaning sharp steering response and a consistent contact patch for firm, consistent grip on any surface.

With extensive experience on the Trail Grappler and a knack for honest, technical product testing, Dan Everett was the perfect candidate for comparative feedback while reviewing the Ridge Grappler for 4x4 Australia and he immediately noticed these improvements in stability and response, noting that his Ford Ranger “[pulled] up straight and quickly each time” during emergency braking with “no barking of the tyres and no drifting sideways as the tread blocks scrabble for traction.” 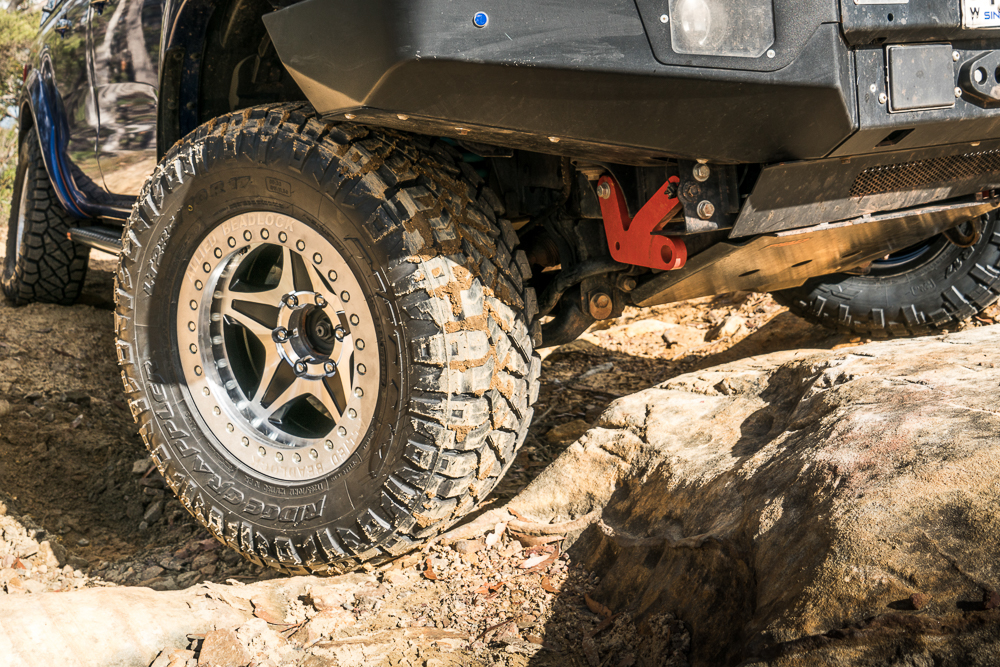 Tyre internals play a role in this stability too, with larger Ridge Grappler sizes benefitting from near-identical heavy-duty 3-ply construction to the Trail Grappler and the tough sidewalls that earned it a cult following. This means that keen 4WDers who love the tough tracks but are more likely to skirt around a mud hole than dive straight into it now have the option of a hybrid pattern that’s better suited to their needs. 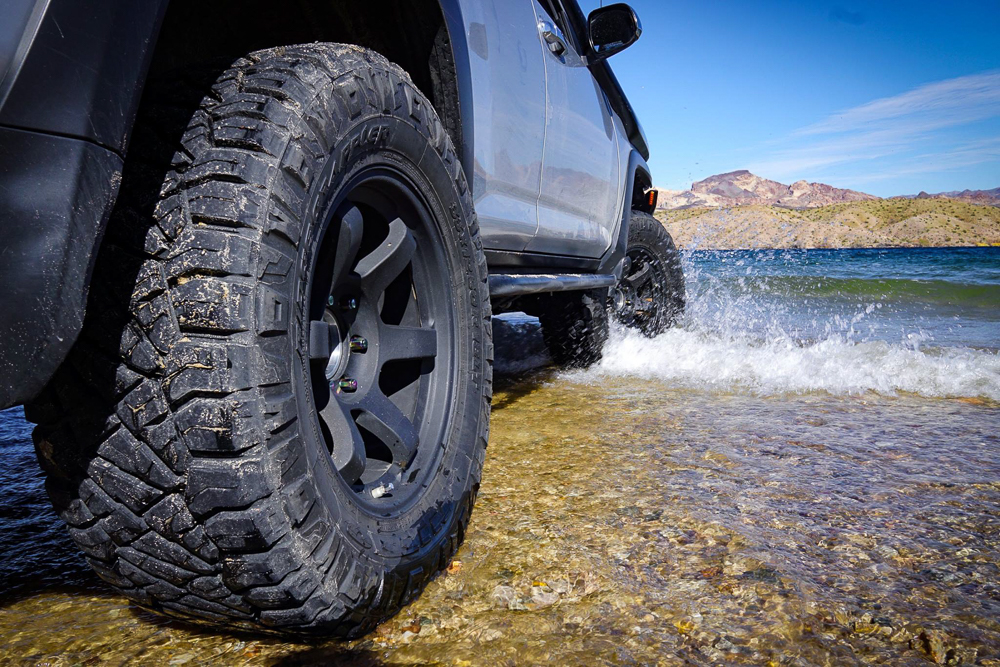 For adventurers who’ve found all-terrains to be plenty durable but could use some extra grip, the Ridge Grappler can be a great stepping stone too, with the majority of metric sizes coming in 2-ply light-truck construction that’s quite similar to the Terra Grappler A/Ts, although the sidewalls do contain a touch more material to make the Ridge Grappler slightly more rigid and resistant to damage. 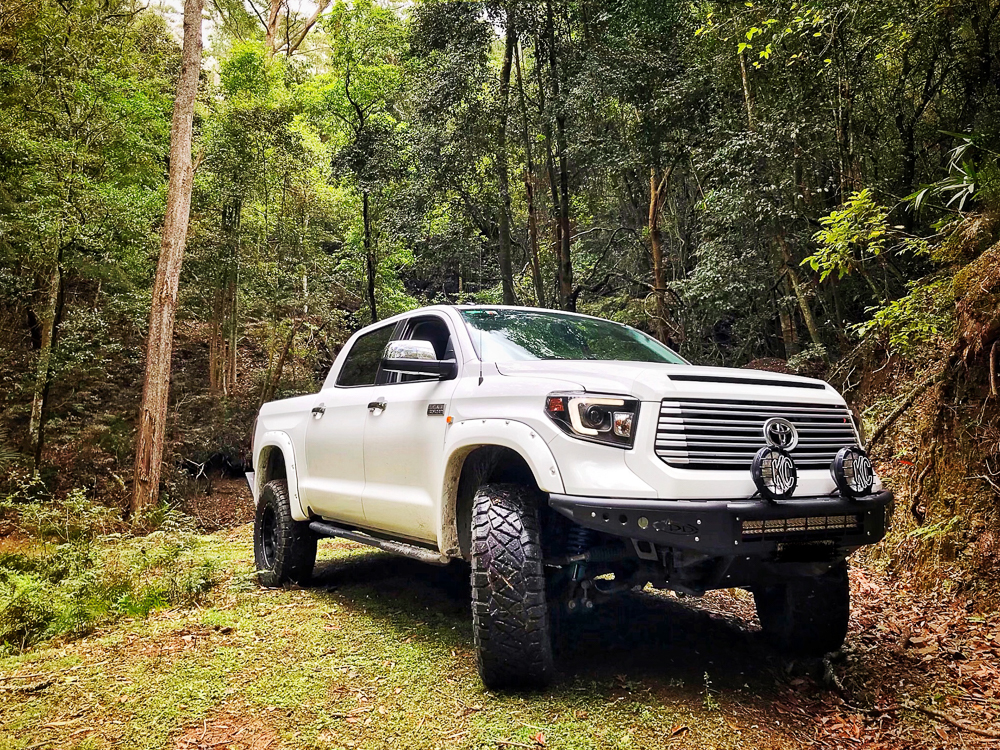 Why have the choice of 2- or 3-ply you ask? Well, hybrid tyres like the Ridge Grappler give off-road enthusiasts greater choice and sure, those stepping back from an M/T may expect the same 3-ply puncture resistance, but we also wanted to offer those stepping up from an A/T the option of retaining their 2-ply comfort while gaining a little bit of extra protection and a serious traction upgrade. 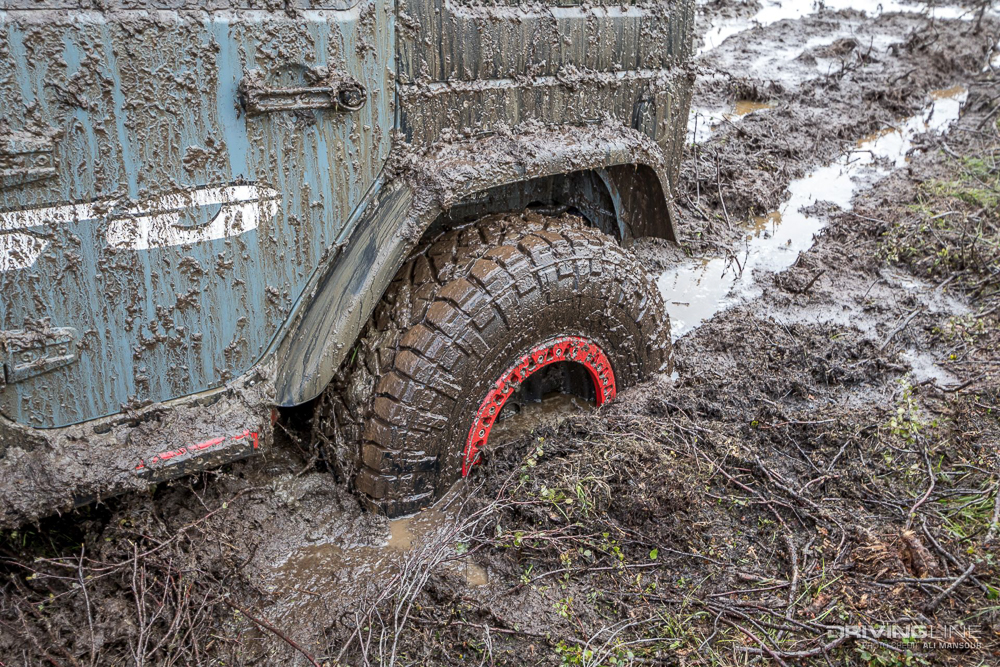 Whether 2-ply or 3-ply, all Ridge Grapplers use a longer-wearing compound that’s similar to the Terra Grappler A/Ts and while its durability and off-road traction may feel closer to the Trail Grappler M/T, we would still describe the Ridge Grappler as an aggressive all-terrain tyre, meaning it’s designed to provide balanced performance in all conditions, allowing avid explorers to take the road less travelled before hitting the highway home. 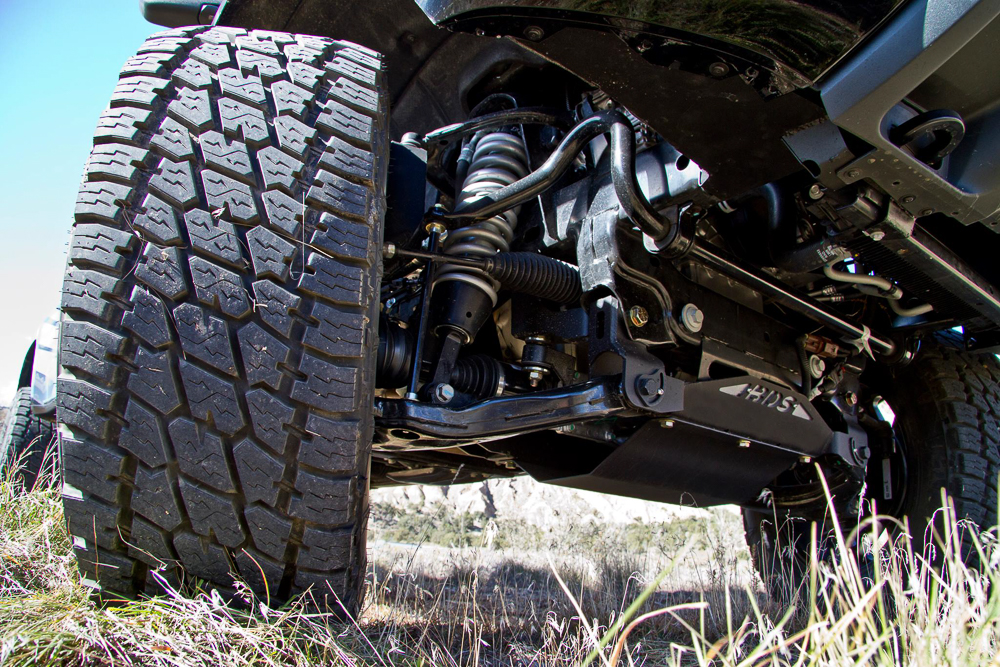 To be clear, the Ridge Grappler is an aggressive all-terrain tyre designed to shine in the harshest off-road conditions and for the average 4WDer, Terra Grappler A/Ts can provide plenty of off-road performance with fewer comfort compromises, a slower wear rate and often a lower purchase price. 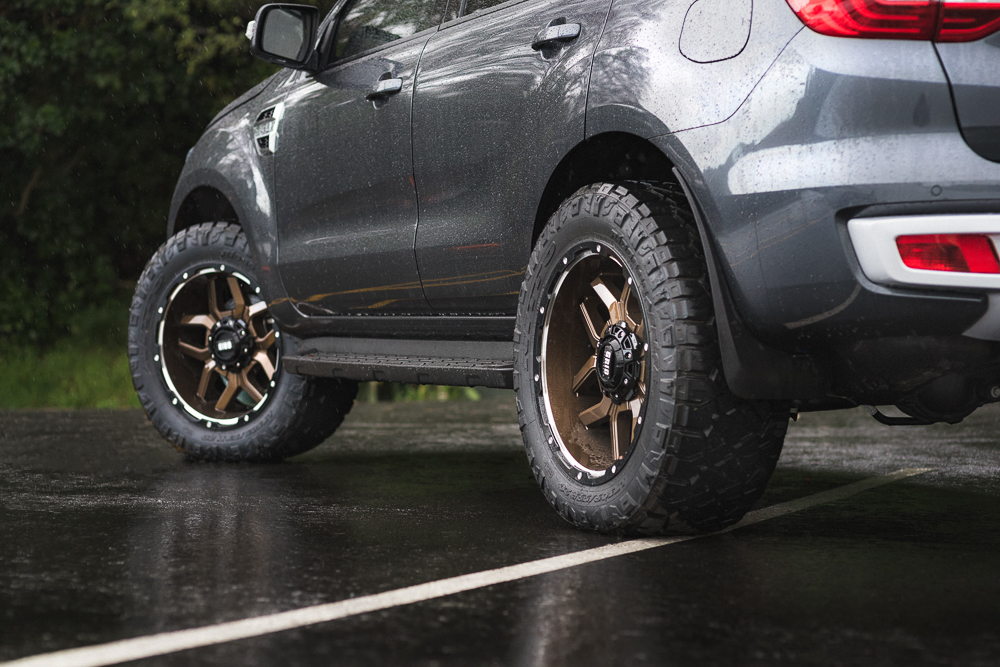 We’d encourage anyone thinking about stepping up from an A/T to weigh up whether they’re willing to trade off some comfort to gain traction, durability and a tougher look with the Ridge Grappler, and the same considerations apply to novice 4WDers looking to move up to a true A/T from factory-fitted tyres. 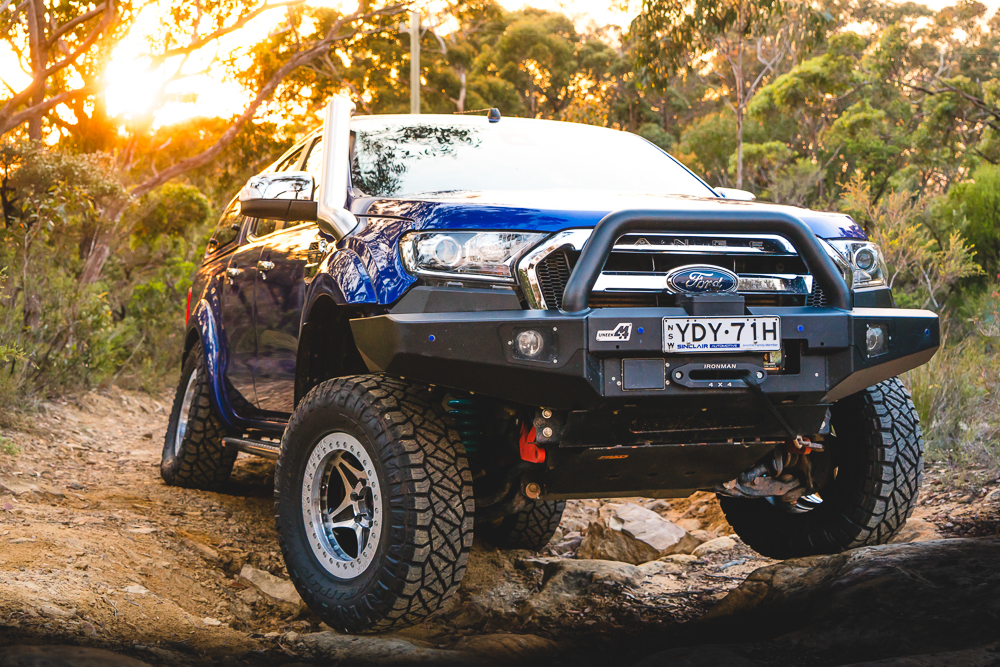 At the end of the day, the classic A/T and M/T categories are ubiquitous for a reason and while the Ridge Grappler nicely fills the gap between them, all tyres must make performance compromises to boost the characteristics that matter most in their application, so it’s smart to be realistic in matching a tyre to the job it has to do.